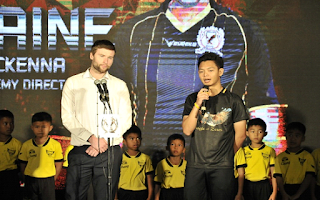 How did you first get the job at Ubon Utd?
I helped a physio from Northern Ireland who worked at the club with his A licence coursework and one year later he recommended the first team staff hire me.

When were you there and how long did you stay?
I was there from July 2017 until November 2018.

What were the biggest challenges you faced at the club?
I was hired as a quick fix. The President’s son had an agreement with another club to get players in for the U17 Thai Youth League. The coach did something he didn’t like, so he got rid of the coach and all but one of the 17 year olds left. He then bumped the U15 team up to U17 which meant we had a team full of 15 year olds and two 14 year olds competing against some of the the best 17 year olds in country. This coupled with the budget was a big issue. The season was a few games in when I arrived, which meant I couldn’t change the squad formats, and as luck would have it my first game was away against Buriram United. They were in a position to hold trials across the country, with thousands of young players turning up, and they would select the best and bring them in and house them and educate them. We were only able to recruit in the Esan region as we didn’t have housing or schooling. This meant we had the best 15 year olds from Ubon competing against 17 year olds at one of the best clubs in the country, during our first game, which was tough.

The language barrier was a big challenge during that game as not one player spoke English. I was standing in the technical area in Buriram and soon realised there was no point in standing there as I couldn’t communicate. I sat down in the dugout and my translator stood in the technical area and I’d feed messages through him. We were playing away at Yasothon one game and my translator didn’t turn up, so I was standing in front of a group of players who didn’t speak English. I was speaking Thai to the goalkeeper coach but he couldn’t understand me. I had to move cones around the dressing room floor to explain how we were going to play and the leaders in the group would explain to the others. We developed trigger words which were English words like press, drop and step, and my translator would explain it to the boys which made communication easier. Over time it became a lot easier as my Thai improved and they understood what we were looking for but it was tough initially.

The culture was a massive challenge as the Thai coaches didn’t like a younger person coming in and raising the coaching standards. The President’s son was the academy director before and wasn’t in the same office as the coaches, so all they had to do was turn up to the pitch on time and that was it. I made them plan and reflect on sessions, which is the bare minimum requirement of a full-time coach and they weren’t happy. It was hard to get buy in initially as results weren’t great, due to the imbalanced age groups. The coaches wouldn’t always tell my translator the truth and would speak behind my back, due to being unable to speak to someone above them in the hierarchy, so I ended up getting rid of them all and started again. Doing so enabled me to set the bar much higher from day one and the coaches were more loyal to me as I had helped them during their internships previously.

The following season we were able to get the players into the correct age groups and started our first residential programme with players living together and going to school together which was a great moment for us. We took big strides forward as our results improved, with players in the correct age groups, and our methodology was really starting to bear fruit. This enabled us to get everyone onside and create the environment we had been building from the previous year. We had turned it around from the difficult situation we had inherited, with both football and education performances improving, which I’d been told couldn’t be done. 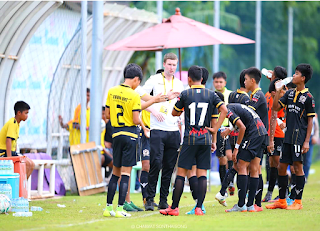 What did you enjoy most about the job?
We had a blank canvas and could mould the academy exactly as we wanted, which was a pretty rare opportunity. The academy was in its infancy and things weren’t so well developed which meant you were able to make a much larger difference. Working with full time players, every day, was also a pleasure. Esan kids are tough and very respectful which made them a pleasure to work with. Also, having the opportunity to compete against teams like Buriram United and Nakhon Ratchasima in the Thai Youth League was a great challenge. The drives through the stunning Thai countryside for away games was also a nice experience. It gave me the platform to accelerate my development, being in full control of a professional academy at the age of 25, in an amazing country. It’s not an opportunity many coaches have the chance to experience so I do feel very fortunate.

Bringing the first national coaching course to Ubon and creating coach education opportunities for over 100 coaches in the region was a real highlight. This was really important for us as a lot of coaches in the region couldn’t speak English, which meant they had less resources available and didn’t have many opportunities to develop with courses, as there wasn’t much provision for coaches outside Bangkok. We not only wanted to improve our academy but to help football grow across Ubon Ratchathani.

We created the club’s first community projects delivering sessions in local schools, which provided 300 local children with the first opportunity to have access to qualified coaches and we also provided opportunities for them to watch Thai League games for free. We also held workshops in universities for Physical Education students. The team was called Ubon UMT United, at the time, with UMT being a university. That enabled us to provide educational scholarships for the players which was great as we highly valued education and ensured players set high standards on the pitch and in the classroom.

Three players ended up in hospital in one week after motorbike accidents, so we renovated our truck to give them a safer alternative for getting to the pitch. We held talks on road safety and players wouldn’t train if they didn’t wear a helmet. Ideally, I would have banned motorbikes as thousands of youngsters die every year on the roads but that wasn’t realistic out in the countryside with limited public transport. 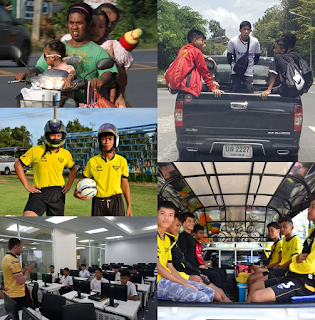 How did working in Ubon compare with the other places you’ve worked in?
My work has mostly been in bigger cities like Beijing and Singapore, so it was very different living in the Thai countryside with people taking pictures and taking great interest in a relatively young farang. People would follow me around and it became a bit of a fishbowl, as you couldn’t go anywhere without being spotted or having people take an interest in you. There were a lot of stunning temples and some amazing national parks not far from Ubon, so it’s a real hidden treasure off the tourist trail. I loved the people of Ubon and how kind and respectful they were towards me. They always made me feel very welcome and I look back on my time there with fond memories.

What are your thoughts on what has happened at Ubon Utd in recent years?
It’s very disappointing. The goal for me was eventually to progress to become B team Head Coach and then the first team once the President’s son took control, as we were very close. We were doing great work but our budget dried up overnight. They kept my translator on to continue our work.

How would you describe the standard of the Thai League?
The players were good technically but their awareness and decision making weren’t at the same level. Some of goals we conceded with individual errors were very frustrating. The players were great though as they loved the game and were so keen to learn. It seemed things were on a downward curve financially before Covid-19 but I hope it will pick up again, when things kick off, as it has great potential.

What do you think it needs to do to improve?
The youth structures need to improve with more coach education and young players being brought through a system which encourages decision making and being brave on the ball and taking risks. Chiang Rai winning the title was good for the league and things were shaping up quite nicely at the start of the season before it all came to a halt.

Which players you worked with in Thailand impressed you the most and why?
Mark Hartmann would probably be the most recognizable name I worked with there. He had a tough start at Ubon but we were able to develop a programme which saw him go from one goal in six games, before the programme, to three goals in four games with two assists. This earned him a move to Racthaburi and he got another deal after that which was great for him. He also got recalled to the Philippines national team. He’s a great guy who I’ve got a lot of time for.

How closely do you follow Thai football these days?
I keep up to date through twitter as best I can but I haven’t seen many live games in the past year or two.

If you could come back to Thailand, which club would you most like to work at and why?
It would have to be Bangkok United’s as I admire their style of play and I know a few guys who are doing great work there.

What have you been doing during the current situation and how are you coping with not being involved in day to day coaching?
I’ve been developing an online course which we hope to release in the not too distant future. I’ve been very busy doing individual calls with a range of players and delivering workshops for a number of clubs and youth national teams, across Asia and Oceania.

What will be the first thing you do once you are allowed back on the football field?
It will be a big challenge when we get back as there will be a lot of rules in place with distancing and number of players allowed in certain areas of the pitch. It will be interesting to see how it goes.

What has been your biggest achievement so far?
I was able to recruit the first girls’ team into our academy in Kuwait which was a nice way to break boundaries over there but the numbers we were able to achieve and the difference we made in Ubon would be hard to match.

What are your long-term plans for the future?
I’m working on building up my online business and consultancy which will provide the stability I need and give me more freedom to take on any roles which excite me. 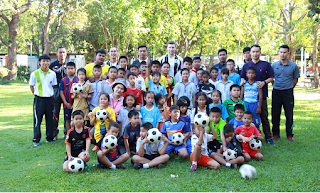 Email ThisBlogThis!Share to TwitterShare to FacebookShare to Pinterest
Labels: 2020, Interviews

THE LIST 2020/21 With the league resumption just around the corner, I have compiled my annual list of things that I will endeavour t... 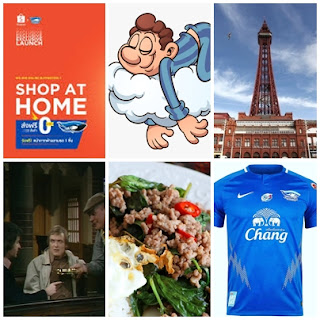 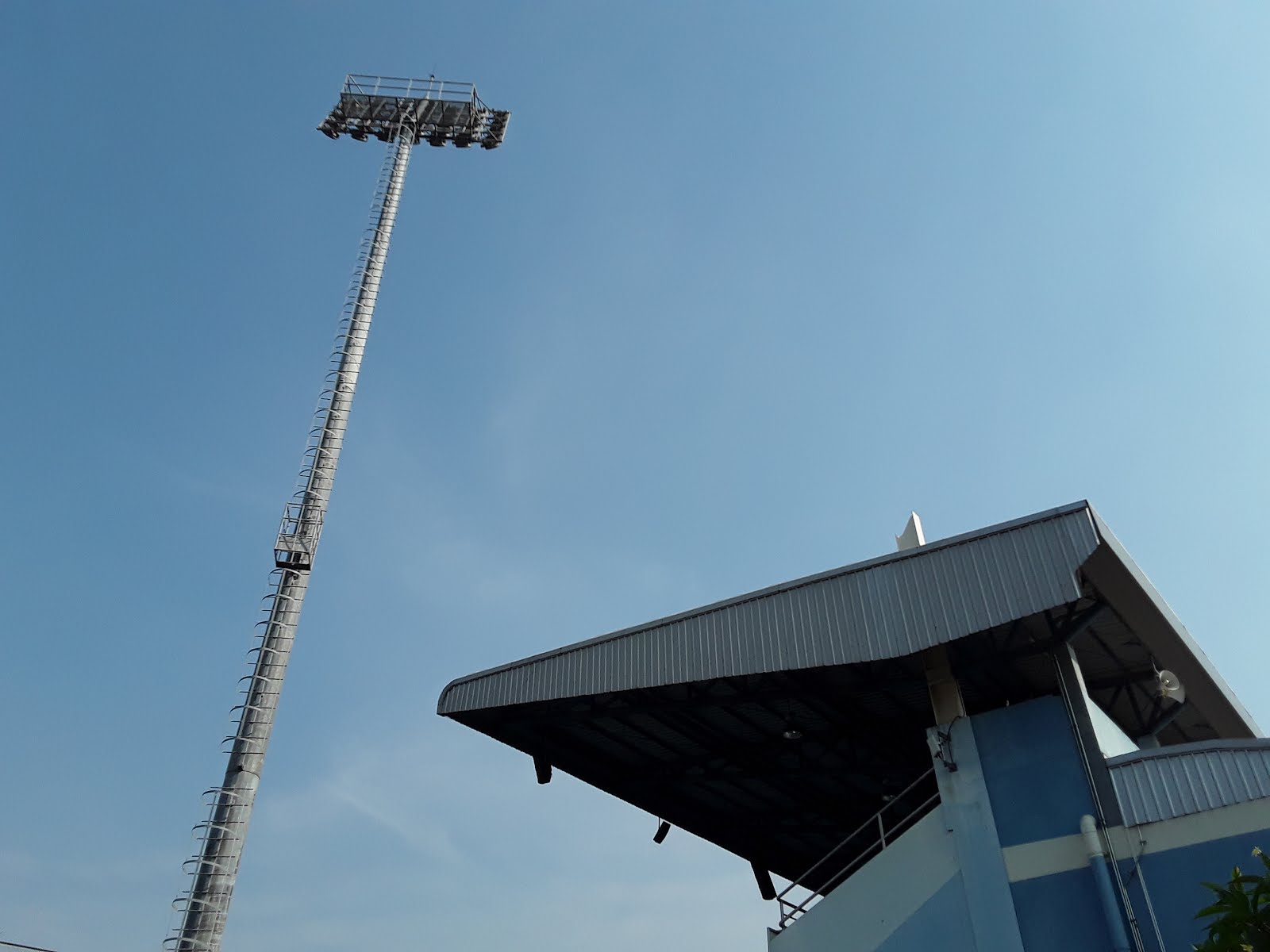 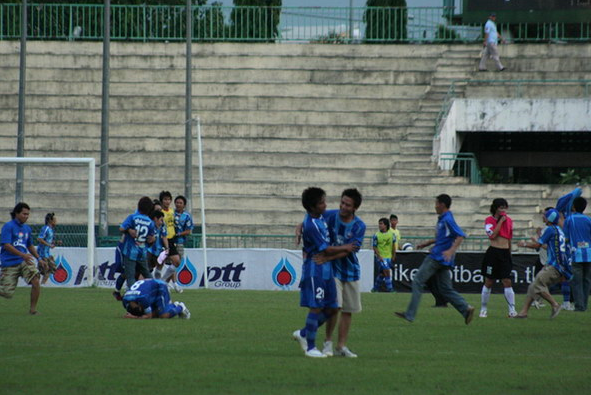 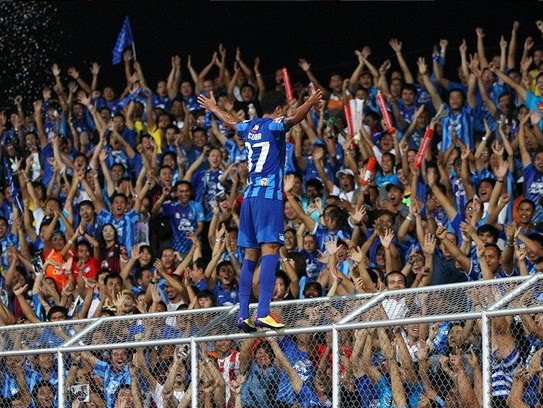 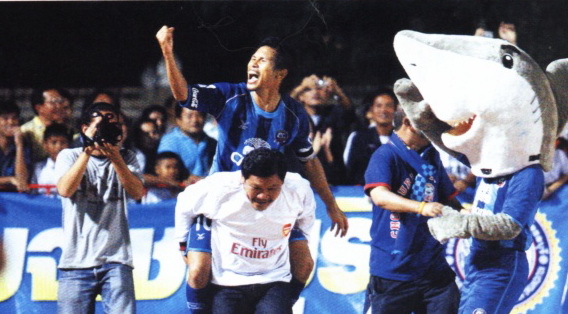 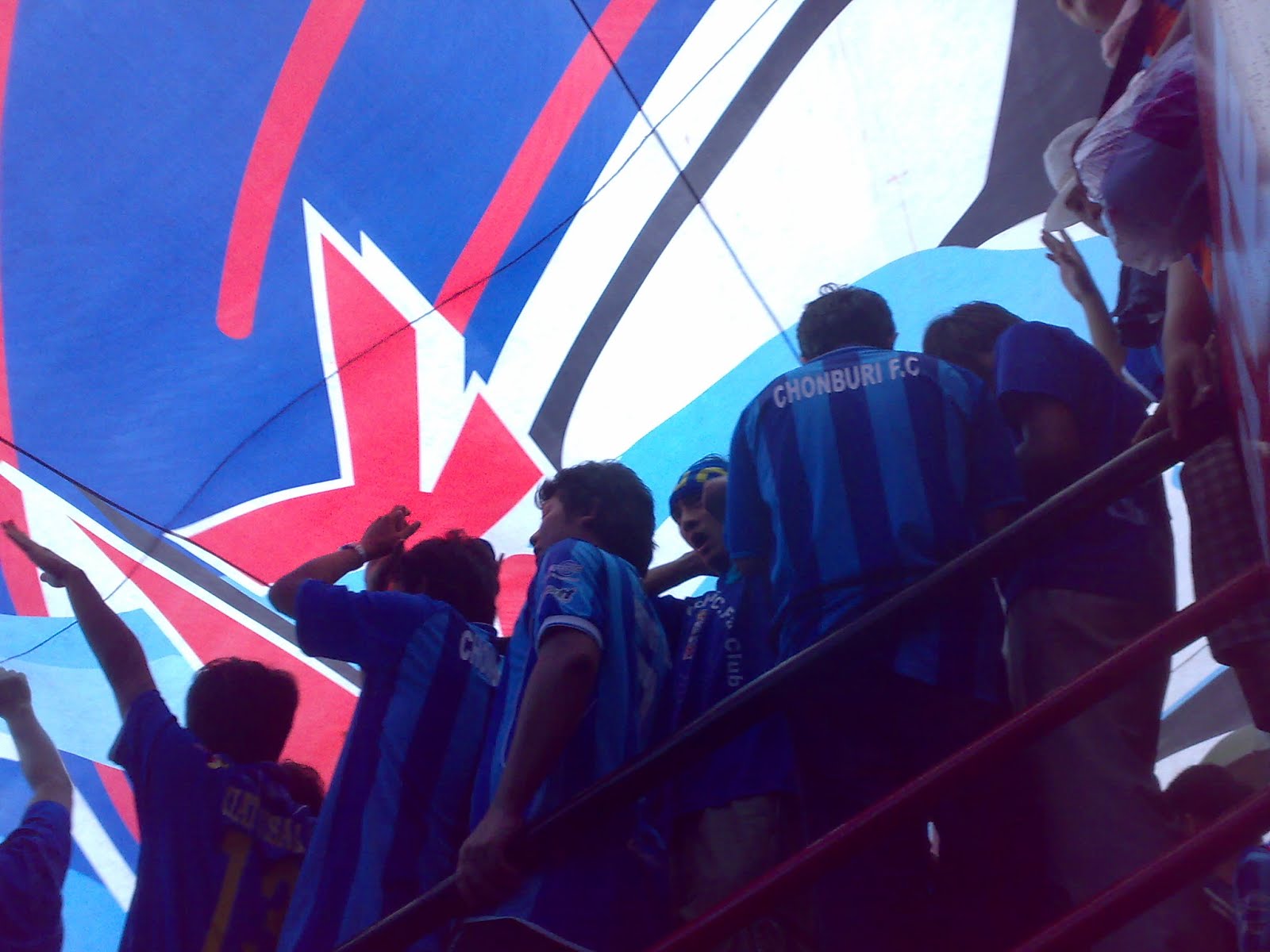 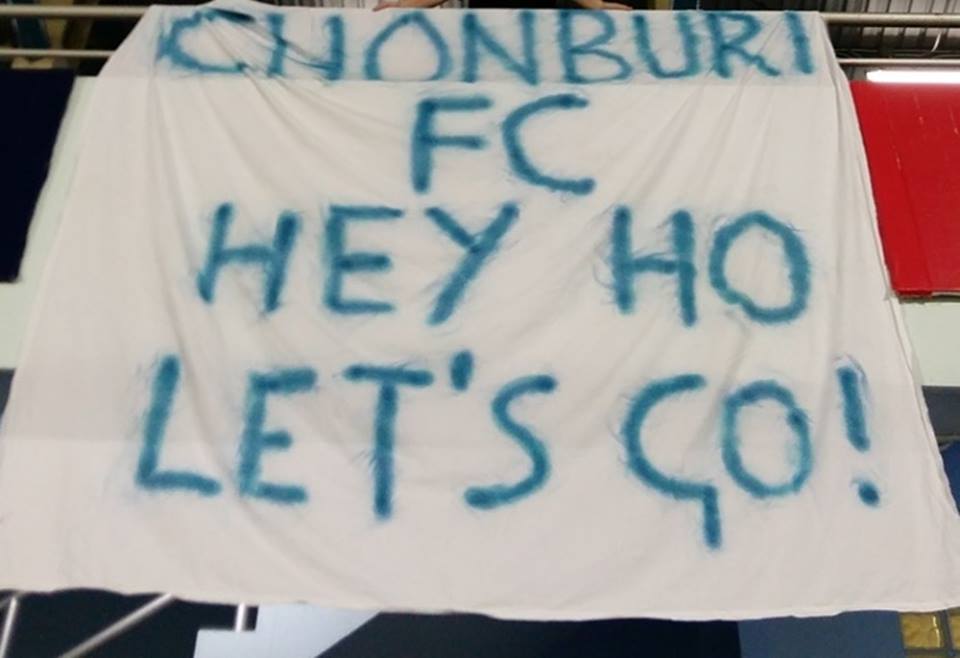 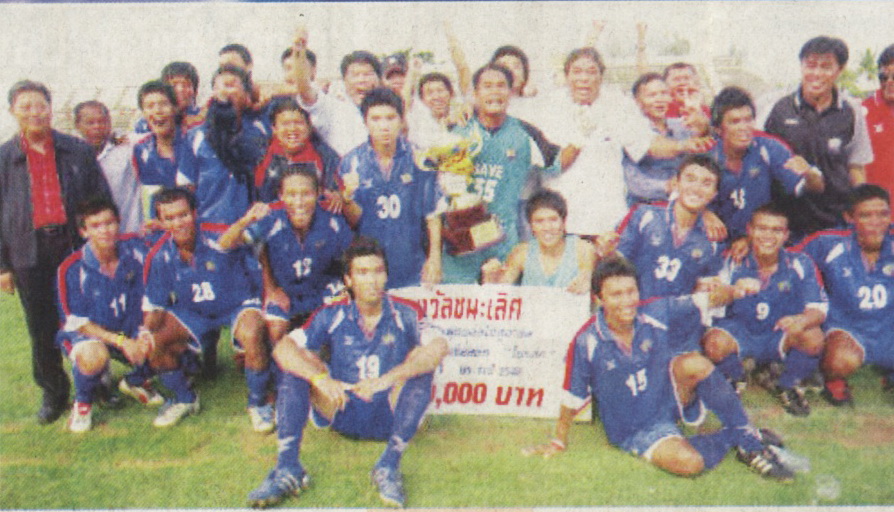 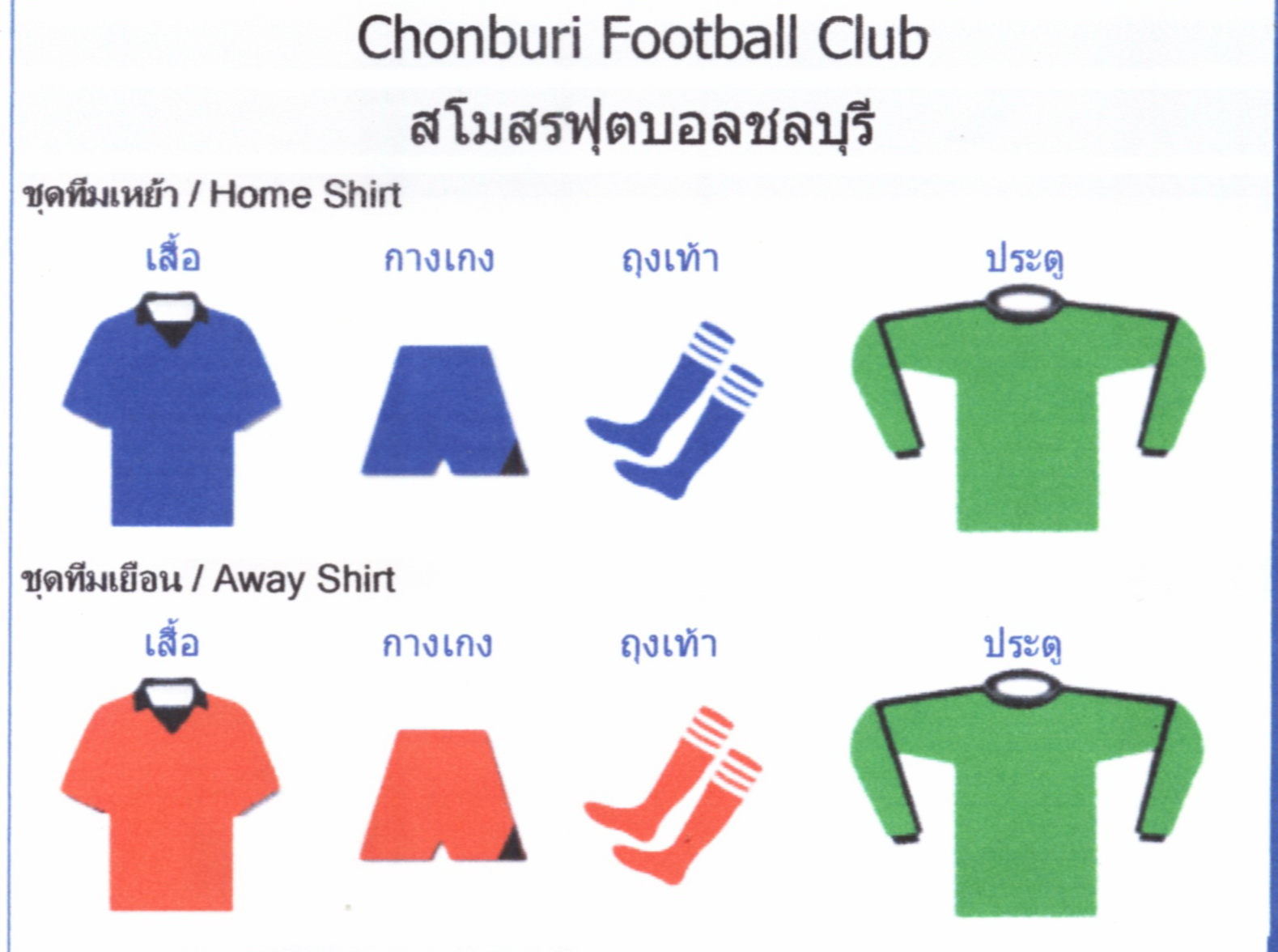 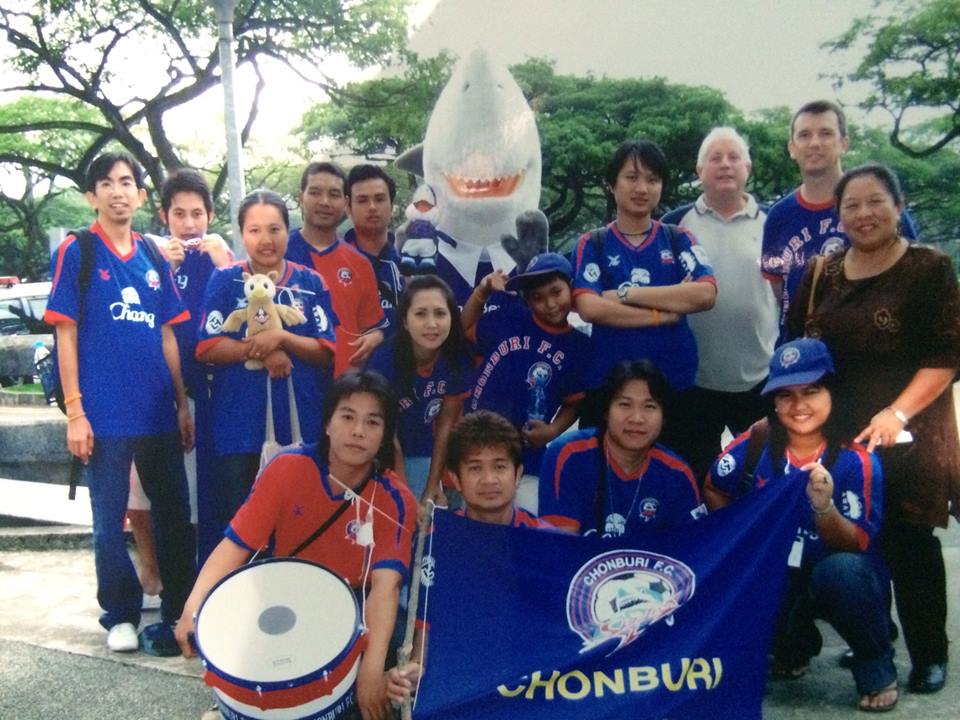 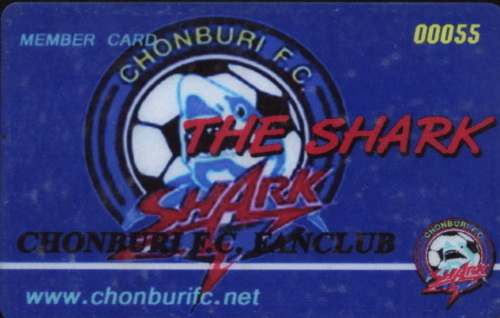 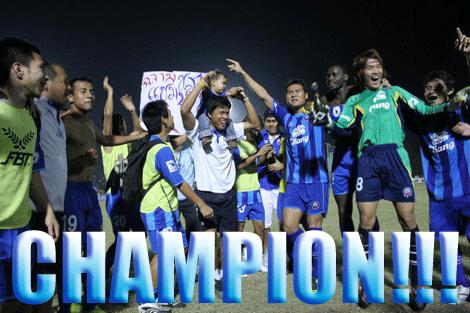 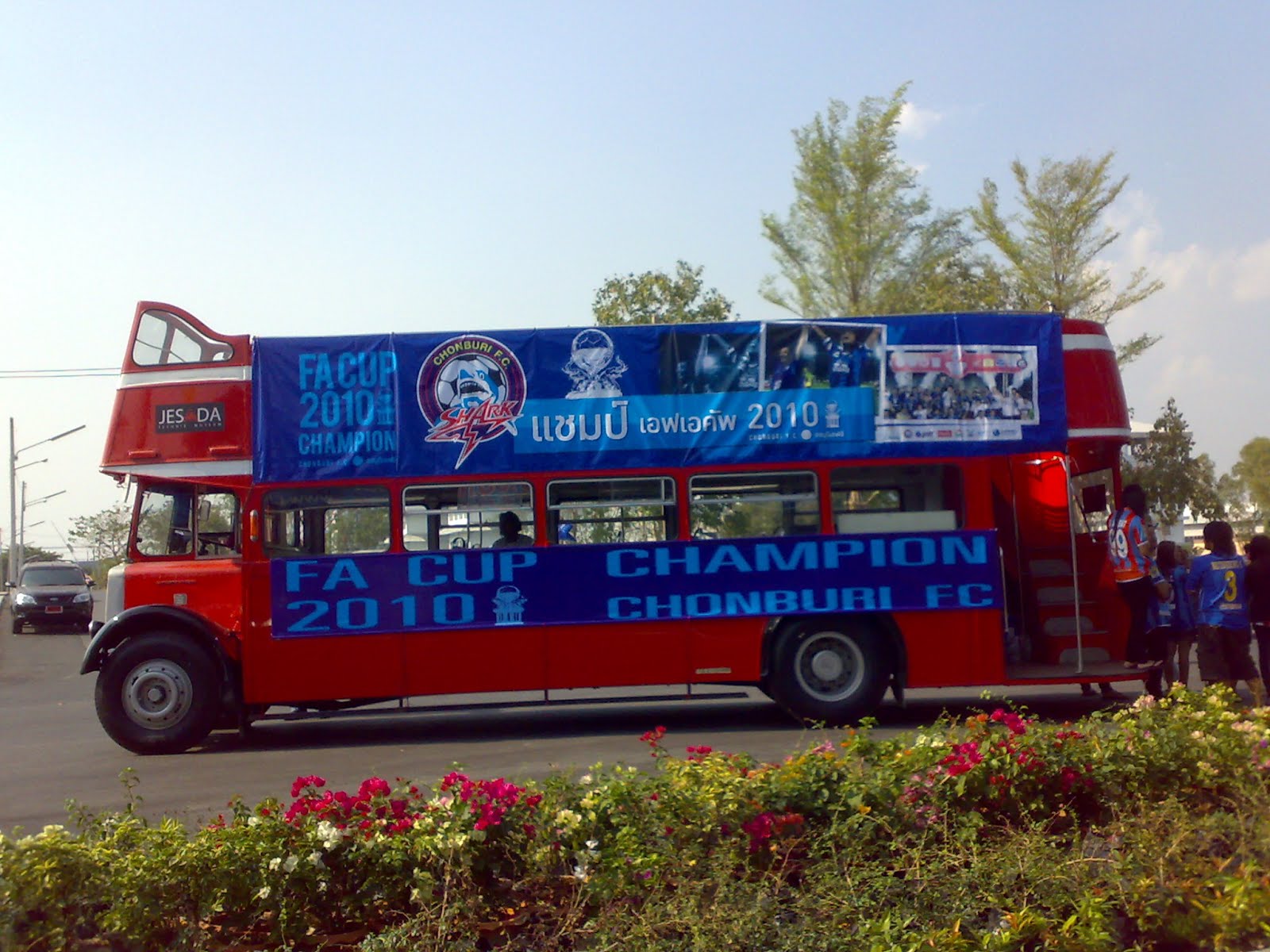